Boggabri Coal is committed to sustainable environmental practices and compliance with legislative requirements. We operate under rigorous approvals and management plans which are approved by the State and Federal Government.

Our environment staff work closely with government, independent consultants, and other mines in the area to manage any potential impact on the environment.

Through a regular monitoring program, we track the success of our environmental initiatives to ensure we are delivering on our commitment to preserve the region’s biodiversity and environmental outcomes.

The project area is located adjacent to and within Leard State Forest. The area is zoned for mineral extraction, forestry, and recreation under the Forestry Act 2012. The Leard State Forest was logged by Forests NSW in the 1980s in anticipation of mining activities.

An independent third-party audit conducted in 2012 found that within four years, our rehabilitation had already achieved almost 70 per cent diversity compared with the existing flora and fauna in the Leard State Forest.

Our offsets are strategically identified and maintained according to our approved Biodiversity Offset Strategy in order to:

An independent audit of our biodiversity offsets in December 2013 confirmed Boggabri Coal has exceeded the habitat area required under our approval conditions for the Greater Long-eared Bat, the Regent Honeyeater, and Swift Parrot. 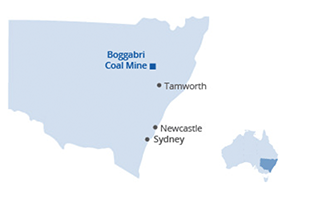